Between 2016 and 2017, chorizo had a brief run as a regular menu option at Chipotle Mexican Grill ($CMG).

Now, CMG is re-introducing sausage to the menu, but there’s a catch, it’s plant-based this time.

Chipotle’s chorizo-specific Mentions show that this has not been a deterrent for its customers — In fact, consumer Buzz surrounding the plant-based chorizo launch has surpassed both the original 2016 launch and the limited return of chorizo in 2018. 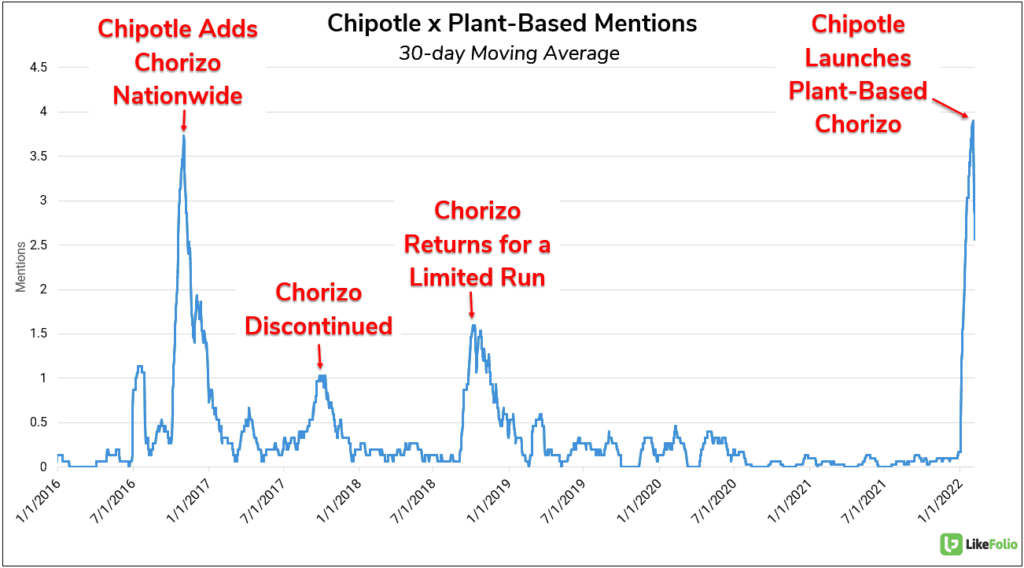 Overall Consumer demand for vegetarian, vegan, and plant-based options has slowed in recent years. However, mentions of such dietary restrictions while dining at chipotle, have maintained a far more stable level over time. 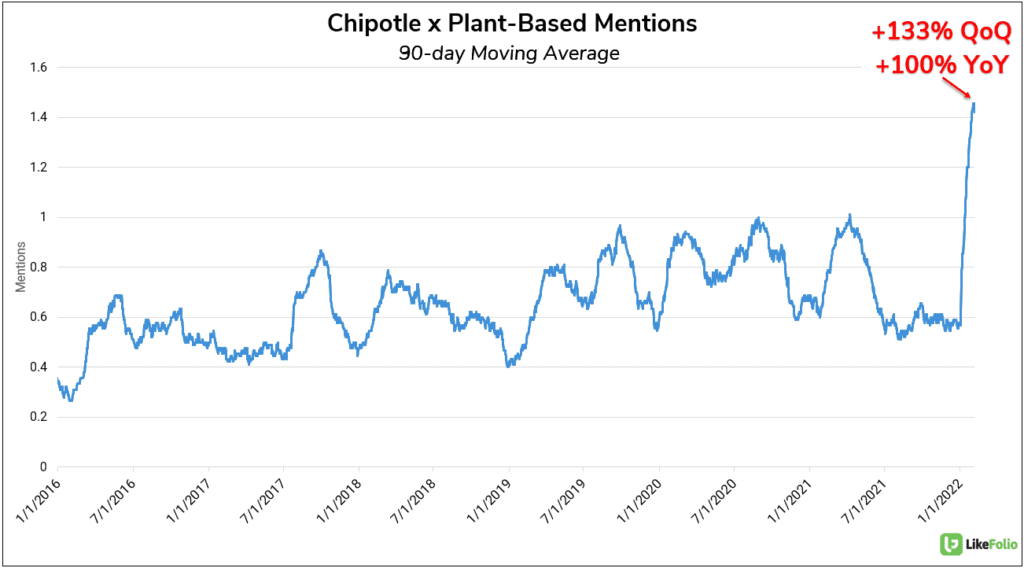 The success of chipotle’s most recent plant-based menu item proves that its customers still have a healthy appetite for meat-flavored protein substitutes.

Has Chipotle FINALLY stopped the bleeding?
andy
No Comments

Chipotle has been one of LikeFolio's biggest winners over the […]

Chipotle stock has been buoyed by expectations of their new […]

Chipotle (CMG) Chipotle is opening its first "Ghost Kitchen" this […]