Yesterday, the founder of Barstool Sports, Dave Portnoy, announced that he would be introducing a brand-new ETF: VanEck Vectors Social Sentiment ETF (BUZZ).

Our data shows that the Twitter-exclusive announcement made a sizable splash.

The $BUZZ cashtag recorded more than 4,000 mentions on the day of the announcement, immediately catapulting it into the big leagues with the likes of $QQQ and $SPY.

BUZZ is set to launch on March 4th. The fund plans to use artificial intelligence to analyze internet posts for positive stock chatter…sounds vaguely familiar. 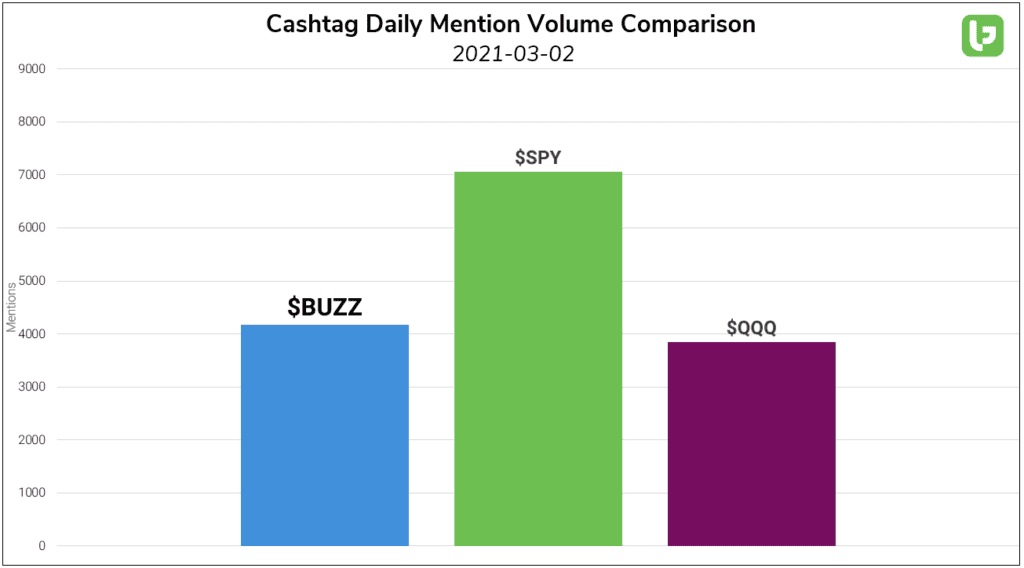