On Monday morning at ~9:45 AM EST, the price of the cryptocurrency Litecoin (LTC) soared more than 30% in a matter of minutes – This violent move was caused by a GlobalNewswire press release purporting an official partnership had been established between the retail giant Walmart ($WMT) and Litecoin…But, no such partnership has ever existed.

It didn't take long for to Walmart confirm the story as fakery -- The price of LTC corrected lower as quickly as it had risen.

The individual(s) responsible for planting the fake press release remains at large, but it stands to reason that those involved "sold the news."

Many savvy social media users were able to sniff this deception out immediately:

If you're ever planning to jump in on a news-driven crypto pump, we recommend sizing up the situation on social media beforehand. 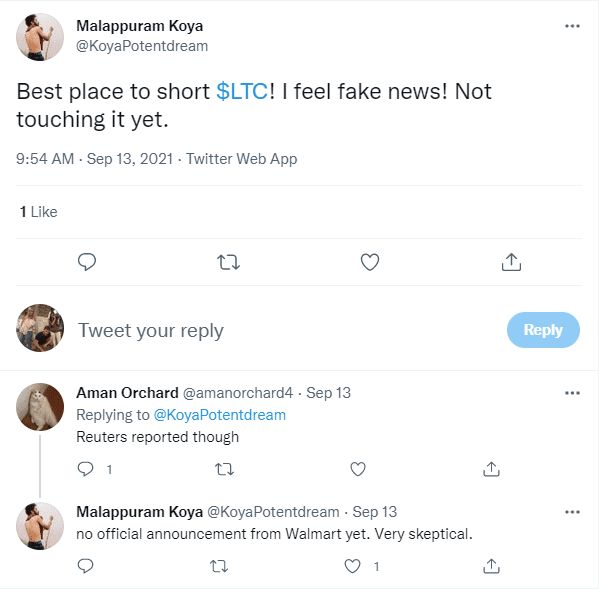 This event resulted in incredibly high Mention volume for LTC, much higher than when the price surged to a new all-time high earlier this year: 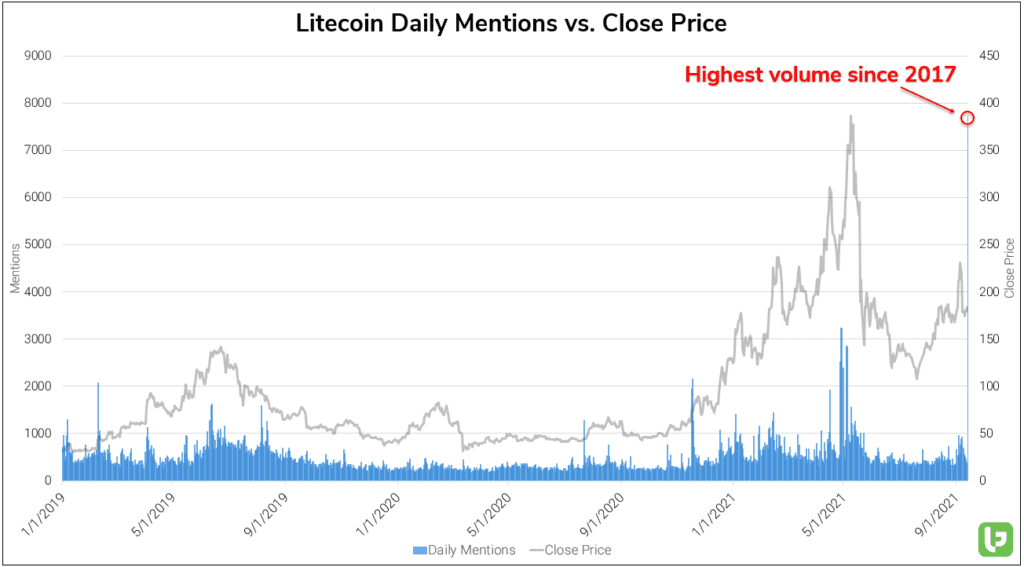 Litecoin is one of the oldest and most popular cryptocurrencies- In addition to having established name recognition, it serves to facilitate monetary transactions, like a faster/cheaper version of Bitcoin. This makes it a tenable prospect for PoS integration by a large company.
This Walmart story was able to briefly fool the market because it’s feasible – Now that the dust has settled, we can’t help but think that this fiasco was net positive for LTC.

« Shipping Wars: UPS and FedEx are Neck and Neck
Sport Betting is Heating Up »

Here's what LikeFolio data was showing heading into the Walmart earnings report that sent the stock 10% higher.

Last quarter, prior to Walmart's earnings report, data from the […]

Black Friday Weekend (leading into Cyber Monday) can make or […]