Covid-induced behavior changes flipped the world of entertainment on its head last year.

In 2020, it is estimated Videogames brought in more revenue than movies and North American sports combined. Ooph. 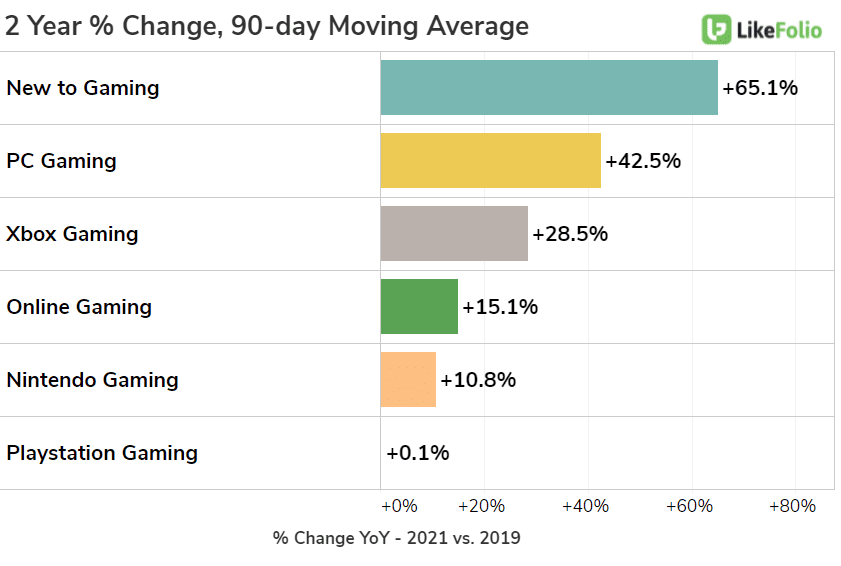 These trends were bolstered in late 2021 when Xbox and Playstation launched new gaming consoles...and many games released updated versions with better graphics.

Now the question is, how are the major players in gaming faring now?

New user adoption rates have slowed for traditional game producers ATVI and TTWO. Both companies are recording double-digit declines in Purchase Intent even vs. 2019.

For Roblox, it is not unusual to see a small decline in happiness alongside a surge in user adoption. Most negative sentiment mentions are related to outages, but Roblox's slow-down in growth is something to watch.

Activision's recent downturn in happiness is tied to the company's release of Call of Duty Vanguard Beta. It will be essential to track the Call of Duty brand as this version rolls out to the masses to gauge adoption.

Read More
Gaming Trends are Cooling Off
veronica
No Comments

Gaming Trends are Cooling Off Gaming mention were surging at […]