Original Content is More than a Game for Netflix

Original Content is More than a Game for Netflix

It's not time for Earnings yet, but we had to take an early look at NFLX. Last week, our score was Neutral but borderline bearish. Now, things are changing...fast. The most recent Earnings Score for NFLX is still Neutral, but this time trending more positive. That's quite a shift in a week. What's going on? Netflix is ramping Original Content releases as the weather cools down...and consumers are loving it. Netflix is recording comparative buzz momentum this quarter vs. streaming peers. Mentions of Netflix or one of its original titles have increased by +20% this quarter. 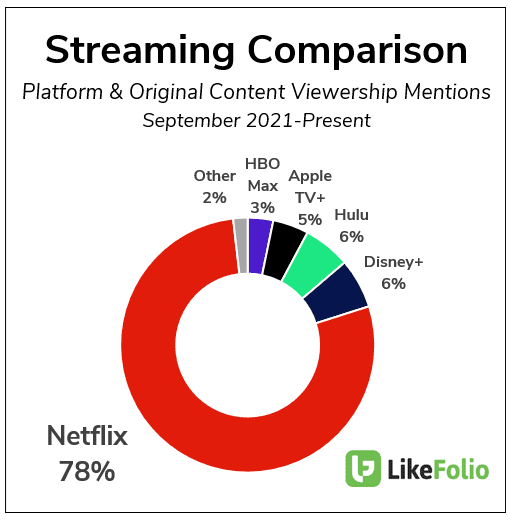 Speaking of Squid Game, Netflix reported the fictional drama from South Korea is its biggest-ever series at launch. You can see how much buzz this series is receiving, even from English-speaking viewers, on the scatter chart below. 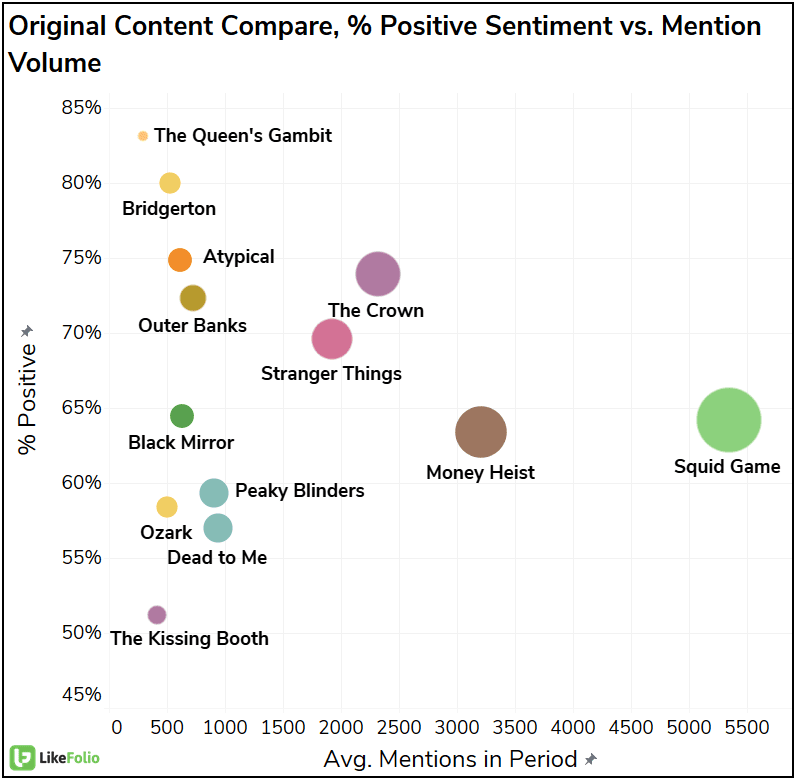 This chart showcases mention volume for original content series alongside happiness for Netflix content since August. More importantly, we know Original Content is what moves the needle when it comes to user retention and new membership additions. Not only are Netflix cancellation mentions continuing a multi-month downtrend, but we saw the first significant new subscription spike for Netflix since the pandemic. While Netflix user growth has slowed comparatively vs. its early days, initial consumer data heading into a critical streaming season shows signs of improvement. We'll be monitoring through the end of the year to see if upcoming content drops can continue to move the needle for NFLX.

When social-data and stock price are moving sharply in opposite […]

Netflix (NFLX) Last week we offered a quick snapshot of […]