Chipotle Risks it for the Brisket

Chipotle Risks it for the Brisket

Gone are the days when Chipotle releases sub-par additions to its menu....we're looking at you, original "queso." Ever since new leadership entered the building, Chipotle has leveraged new menu items to renew interest among loyal consumers and even usher new ones through its doors. Item additions like Cauliflower Rice, Carne Asada, and a digital-only Quesadilla have resulted in increased sales. The quarter Carne Asada was introduced, same-store sales increased 11%. To give a scale for total impact, that translated to 10 million customers ordering the meat on its initial run, half of which were first-time guests. That's huge. Now the company is at it again...this time with BRISKET. Mentions soared on the date of release: much higher vs. its Quesadilla drop earlier this year and even higher vs. the release of Carne Asada.

To give scale, we captured nearly 40,000 consumer tweets when this hit Chipotle's app. The quesadilla drop recorded ~7,500 and Carne Asada recorded 12,000 mentions. A digital-only early release incentivized consumers to re-engage with the company's app. And tweets are overwhelmingly positive, driving sentiment 6 points higher alongside a significant uptick in volume. 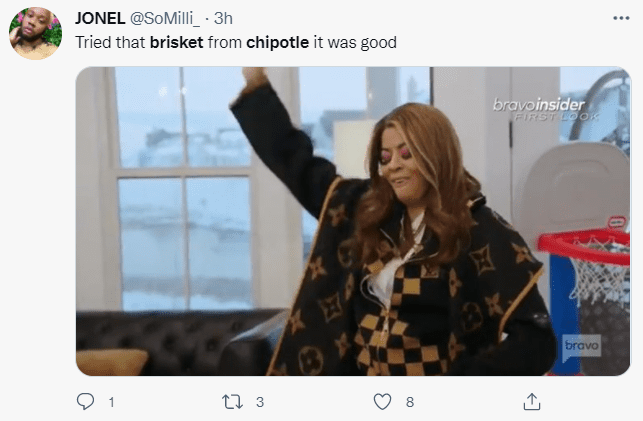 This menu innovation is giving Chipotle momentum vs. fast-casual peers, like Shake Shack.  More importantly, Chipotle is proving it knows what its consumers want...in this case, more smoked meats.

« Inflation Fear is STILL Rising
FuboTV Adoption is at an All-Time High…Could it Squeeze again? (FUBO) »

Has Chipotle FINALLY stopped the bleeding?
andy
No Comments

Chipotle has been one of LikeFolio's biggest winners over the […]

Chipotle stock has been buoyed by expectations of their new […]

Chipotle (CMG) Chipotle is opening its first "Ghost Kitchen" this […]