Directed Acyclic Graph (DAG) – A method of structuring data that has recently gained notoriety as a consensus tool for cryptocurrencies.
Unlike a traditional blockchain, where groups of transactions are pooled inside a series of interconnected “blocks”, DAG consensus records each transaction as an individual vertex.

In a similar manner to how each block in a blockchain references previous blocks, transactions using a DAG consensus system must reference a prior transaction. Once a transaction has been referenced by a new transaction, it is confirmed.
This creates an interconnected string of vertices that serve a similar function to a traditional blockchain (DAG pictured on the left). 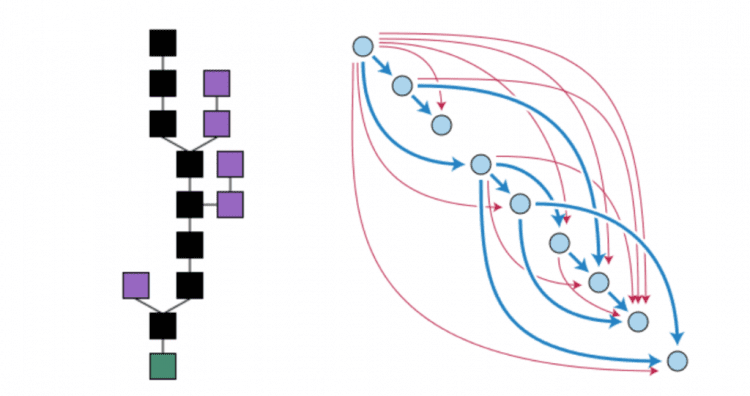 The price of DAG token enjoyed a period of phenomenal outperformance in the second and third quarter of 2021, rising more than 10x while the crypto market at large stagnated. 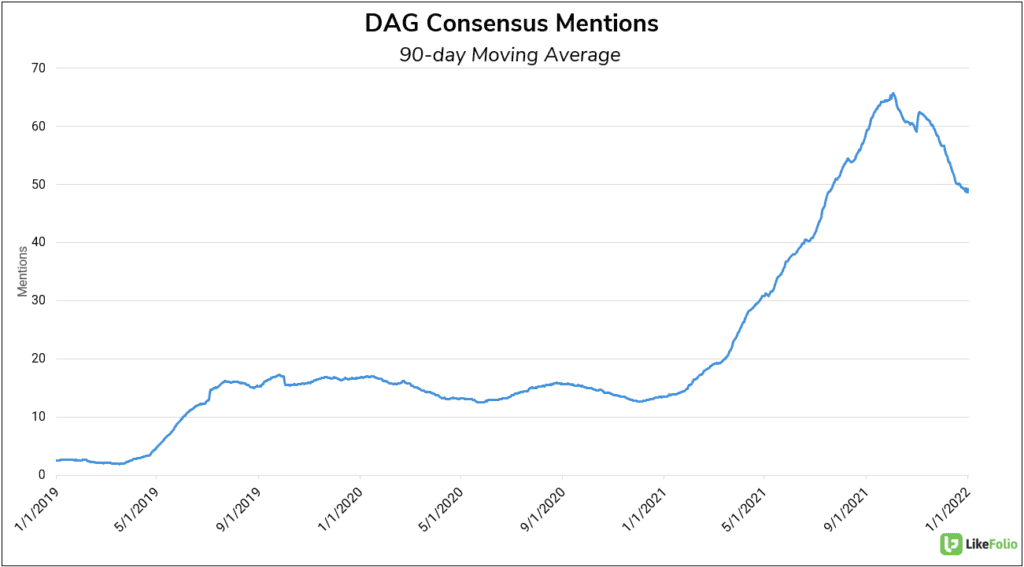 Since then, another crypto project leveraging DAG consensus has far surpassed the originator of the tech: Fantom ($FTM).
While Constellation focused on secure processing for big data (using Java as its native programming language), Fantom applied DAG consensus to smart-contract development, attaching itself to various popular blockchains including Ethereum and Binance Smart Chain.

While the price of DAG tokens has fallen more than -50% from the August 2021all-time high, FTM continues to show strength, up +15% in the past week and trading near an ATH level.

Because DAG consensus relies on prior transactions to assure confirmation, the number of transactions on the network improves confirmation speed — FTM developers claim that transactions now take less than 2 seconds to complete on their network.
However, DAG isn’t without drawbacks…With a low number of concurrent users, it’s hardly decentralized, which makes it vulnerable to attacks by bad actors.